The Yoast SEO plugin is currently active on over 5 million sites, which means that its features are also limited by the most common and basic needs of those 5 million site owners — content creators and SEO experts often require more control and fine-tuning than Yoast SEO can deliver.

Before considering any Yoast SEO alternative or enhancement plugins, we should clarify what Search Engine Optimization (SEO) is, how a plugin like Yoast SEO helps, and how an alternative plugin like WPSSO Core and its add-ons differ from Yoast SEO. 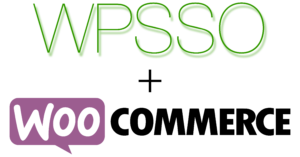 In September 2020, Google announced support for shipping details in Schema Product Offers and how shipping details would be presented in search results. Adding the new shippingDetails property to your Schema Product markup is especially important if you offer free or low-cost shipping, as this will make your products more appealing in search results.

In October, Surnia Ulula announced support for shipping details in the WPSSO Core Premium plugin, to provide both the Google recommended Schema OfferShippingDetails shippingDestination and shippingRate properties for WooCommerce products. Although these two properties are enough to satisfy Google’s recommended shipping details markup, the Google validator now warns that an additional deliveryTime property is recommended.

The deliveryTime property should be a Schema ShippingDeliveryTime type that includes businessDays, cutoffTime, handlingTime, and transitTime properties. The data for these four properties can be managed with a new WPSSO Shipping Delivery Time for WooCommerce add-on.

In September 2020, Google announced support for shipping details in Schema Product Offers and how shipping details would be presented in search results. Adding the new shippingDetails property to your Schema Product markup is especially important if you offer free or low-cost shipping, as this will make your products more appealing in search results.

It’s been a very productive two weeks of coding for both the WPSSO Core plugin, and it’s WPSSO Schema JSON-LD Markup add-on.

In case you missed all the update notices and posts about those versions, the following is a quick summary of the big changes and improvements in both WPSSO Core and its JSON-LD add-on. And at the end of this post, you can also find a summary of our release schedule philosophy, and why we chose to release four big improvements, in four different versions, in just two weeks. ;-)

If you’re using the WPSSO Schema JSON-LD Markup (WPSSO JSON) extension (and if not, you really should), you may have noticed that Google’s Schema validation tools can pickup additional incomplete / inaccurate Schema markup from your theme templates. WPSSO JSON defines its JSON-LD markup as the “main entity” for the webpage — so Google will prefer this markup over any other found in the webpage — but you may still want to cleanup that incomplete / inaccurate Schema Microdata from your theme templates. The new WPSSO Strip Schema Microdata (WPSSO SSM) extension is a Free plugin that removes Schema Microdata markup from the webpage body section automatically, leaving the Schema JSON-LD markup as the only Schema markup in the webpage.

One of the big features for this new release is the added support for the Schema http://schema.org/Event type and its sub-types (DanceEvent, MusicEvent, etc.), along with integration of The Events Calendar plugin. The Events Calendar plugin already includes basic JSON-LD support, but the WPSSO Organization Markup (WPSSO ORG) and WPSSO Place / Location and Local Business Meta (WPSSO PLM) extensions allow you to include much more detail about the organizer (as an actual Organization instead of a Person), select a performer for the event, along with WPSSO’s standard support for images, videos, etc. The combination of WPSSO Pro and all three Pro extensions can provide extensive Schema markup about your event — see the following Schema JSON-LD markup for an example.

Make sure your content looks great on social sites and search results, no matter how your URLs are crawled, shared, re-shared, posted, or embedded!